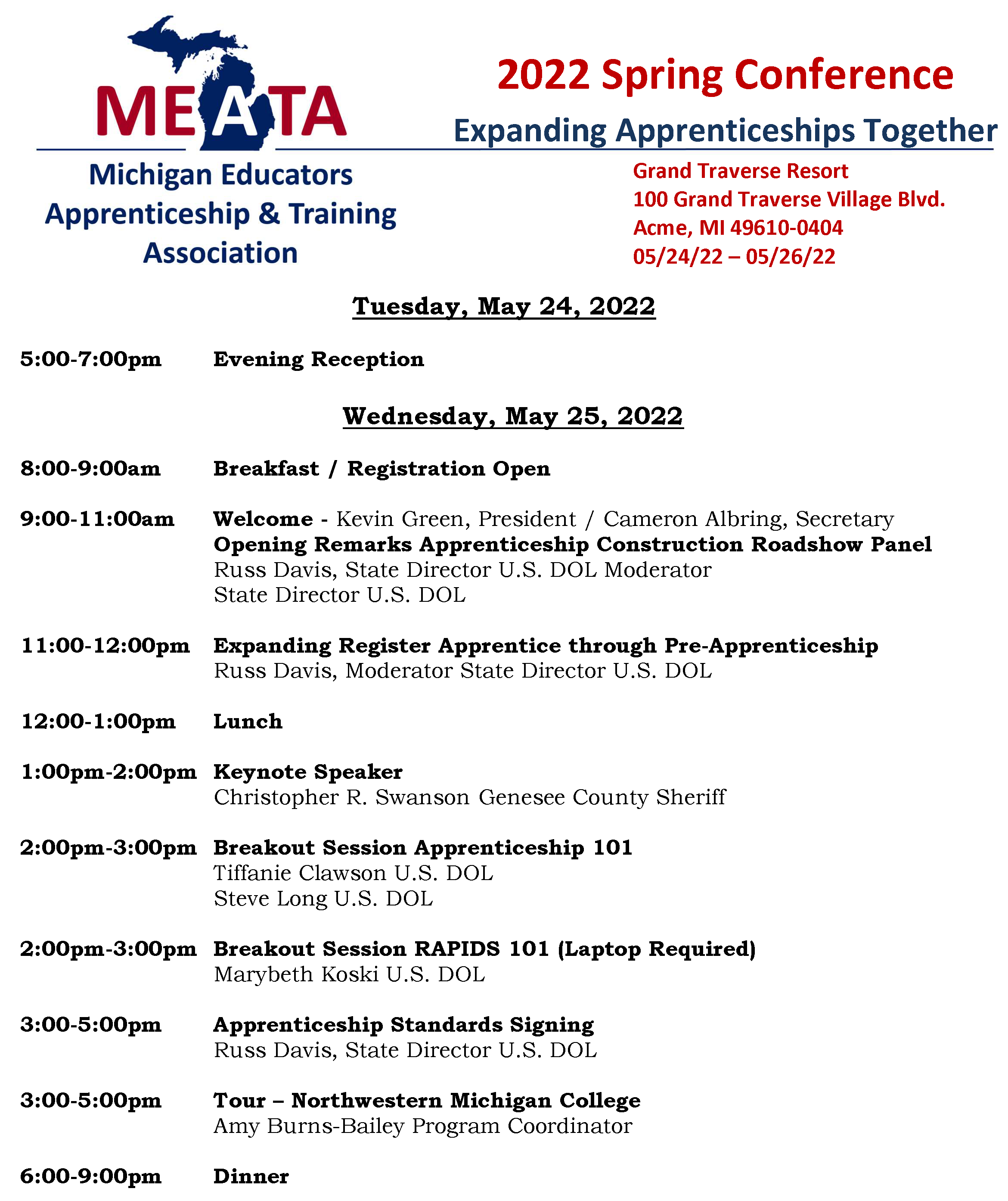 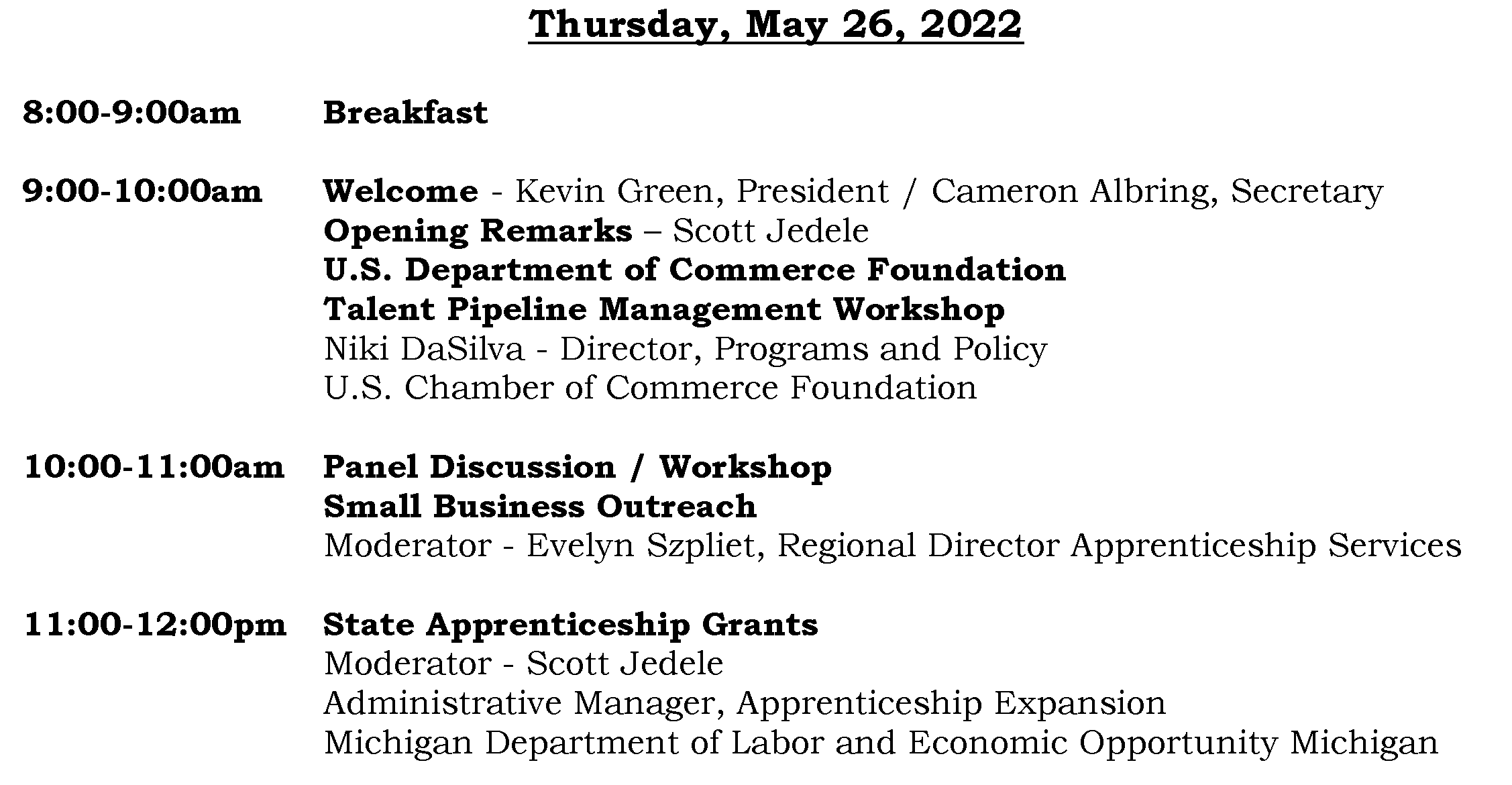 We had a great one-day conference at Kirtland Community College's beautiful Grayling campus on November 10th.

Here is a recording of the conference:

Thanks to everyone who presented and to all of the in-person and virtual attendees!

MEATA's 2021 Apprenticeship Virtual Spring Conference may be over, but you can relive the event (if you attended) or experience it for the first time (if you didn't). Here is a recording of the event: